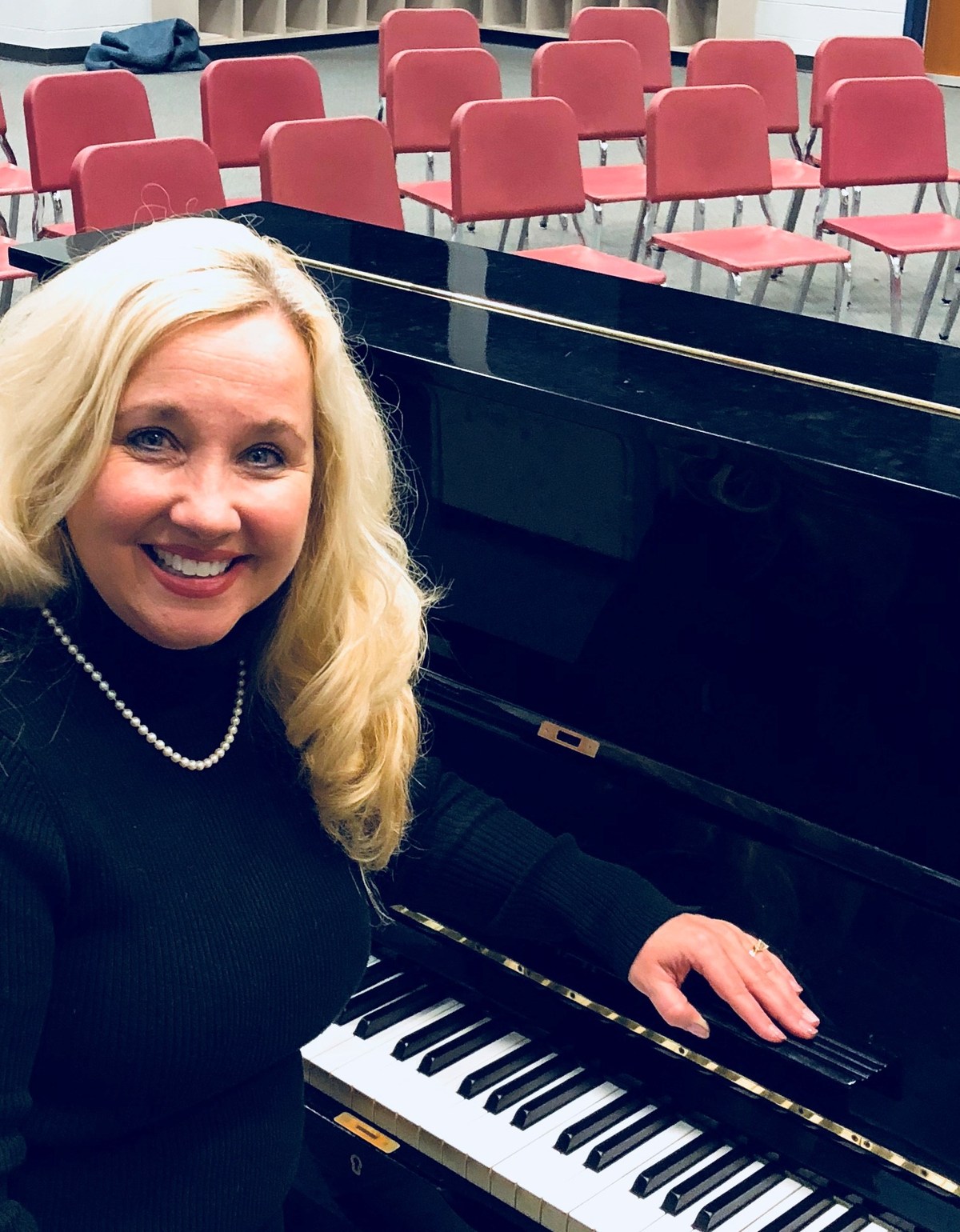 Angela Lemere is Spartanburg School District Six Choral Coordinator and Director of Choral Activities at Dorman High School where she conducts Chamber Singers and Dorman Singers. She also has the honor of collaborating with district high school freshman, middle and elementary choral programs in addition to the fine arts programs at DHS.

She serves as artistic director and conductor of Greenville Chamber Singers, a women’s ensemble comprised of singers from the Upstate of South Carolina. Her choral experience includes working with choral ensembles involving elementary through adult singers of public school, church and community choirs.

Angela is a National Board Certified Teacher, Music / Early Adolescence through Young Adulthood. She earned a Bachelor of Arts degree in Music Education from Wingate University, and a Master of Music in Music Education degree from University of North Carolina at Greensboro. Angela has conducted choral ensembles that have received superior ratings in state and national festivals. She has served as a choral clinician, adjudicator and conference presenter at events associated with American Choral Directors Association and National Association of Music Education. In addition to being an active member of South Carolina Music Education Association and SC ACDA, Angela has held the offices of SCMEA Choral Division Treasurer and SC ACDA President. Currently, she is SC ACDA Community Choirs Chair.

She and her husband Brian live in Moore, SC. 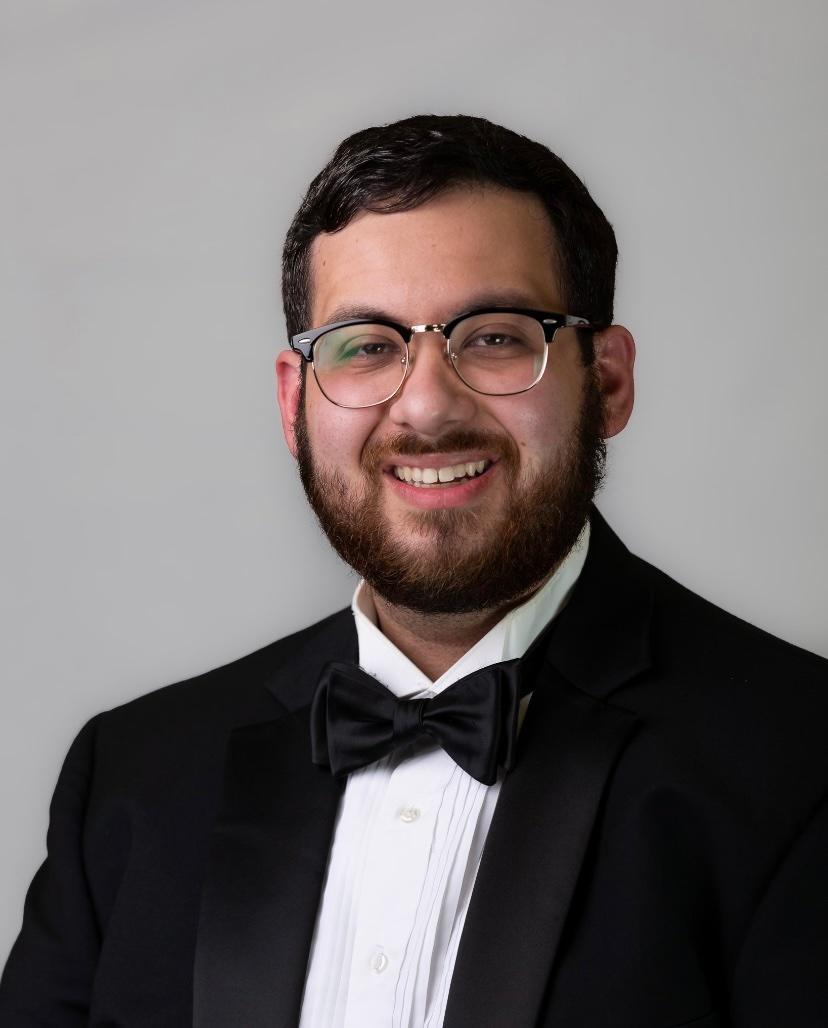 Alex Jones, a graduate of Winthrop University and native of Rock Hill, SC, received his Bachelor of Music Education in the Spring of 2021. During his time at Winthrop, Alex was heavily involved with the choral program, serving as section leader and choral officer to the choirs. He participated in all choir ensembles the music department offered, including the Winthrop Chorale, Chamber Choir, and several graduate ensembles. In 2020, Alex helped create the Winthrop University Chapter of the American Choral Directors Association (ACDA), a professional organization that aims to promote the education and performance of choral literature across the United States. While at Winthrop, he also served in leadership roles for Phi Mu Alpha Sinfonia, a music fraternity with chapters across the country. He was also the recipient of the Dr. Katherine Kinsey Choral Excellence Scholarship Award in 2021.


Alex remains heavily involved with South Carolina ACDA by attending conferences and serving on the board of the association. He also is an active member of the National Association for Music Education where he also is involved with professional development events throughout the year. In addition to choral music, Alex remains passionate about musical theatre. He has adjudicated high school musical theatre competitions in South Carolina, and in 2019 helped in Rock Hill Community Theatre’s production of Bye, Bye, Birdie! In his free time, Alex enjoys singing at church, playing piano, trying new restaurants, and spending time with friends and family. 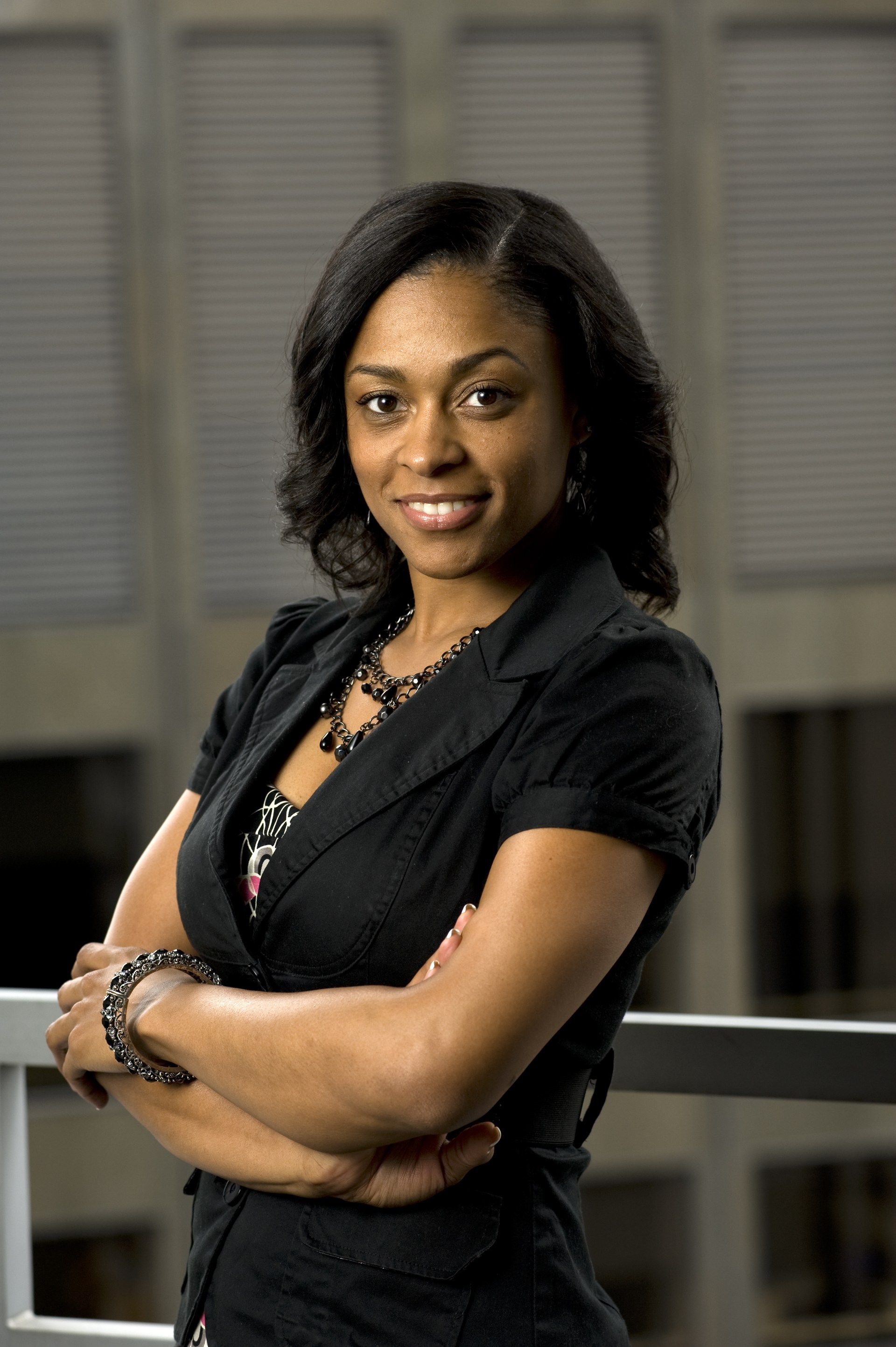 Alvetta Smith is no stranger behind a microphone or on a stage. This former beauty queen, cover model, spokes model, and multi-talented singer/songwriter has been performing since her childhood and sharing her talents worldwide.  In following her dreams, she has had the chance to travel all over the United States, as well as Germany and Japan.

Her most recent performance experience was the hit stage show “Big Band Beat” on the Broadway Music Theater Stage at the Tokyo Disney Resort.  She had the opportunity to perform not once, but twice (invited) to sing for an audience that seats 1500 every show.  She currently works in the Fine Arts Department at Dorman High School as support staff.  Alvetta has also served as a judge for Dorman’s Got Talent, Poetry Out Loud, Co-Director of Annie the Musical, Music Director of Shrek the Musical and Alice in Wonderland Jr. and is currently the director of the Dorman High School Gospel Choir.

Alvetta continues to perform at her church and in the community whenever an opportunity presents itself. 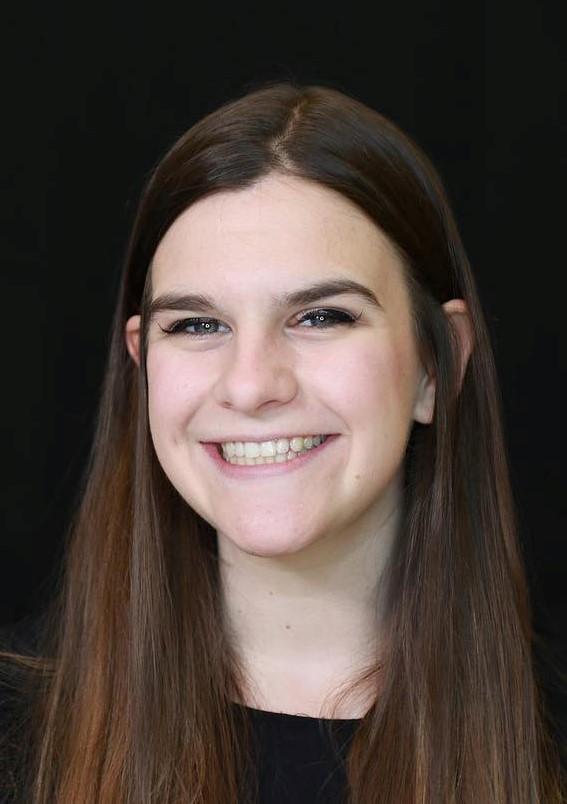 Originally from Lancaster, South Carolina, Amanda Mobley is the current Choral Director at R.P. Dawkins Middle School. She is a 2019 graduate of Winthrop University with a degree in Choral Music Education. Amanda completed her student teaching at Rock Hill High School with Mr. Jonathan Hall. A member of Delta Omicron Professional Music Fraternity, she served in the roles of Publicity Director, President, and Scholarship Chair of the Gamma Kappa Chapter at Winthrop. She is also an active member of the National Association for Music Education (NAfME) and the American Choral Directors Association (ACDA). As a senior at Winthrop, Amanda earned the Nancy Smith Jones Music Scholarship as well as the first Katherine Kinsey Choral Excellence Award. In addition to her choral training, Amanda worked as Music Director for Rock Hill Community Theatre’s production of Bye Bye Birdie. In her spare time, Amanda enjoys church music, playing ukulele, cooking, and spending time with her nephews Baskins, Crew, and Wilkes and her niece, Mary Jones. 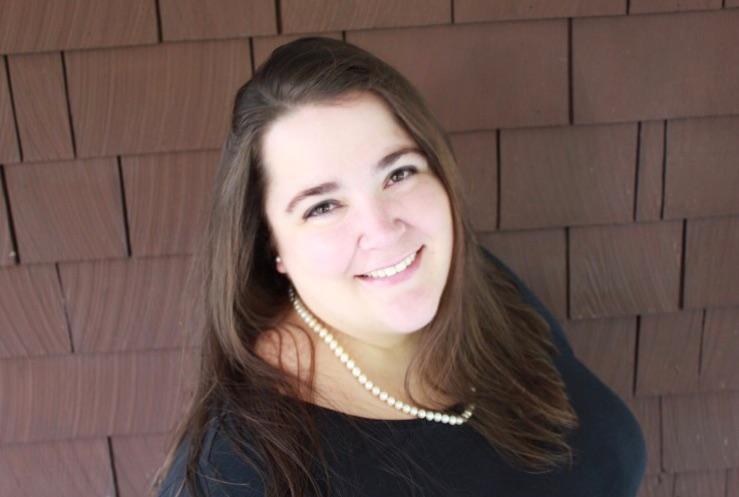 Page Cargill is the current director of choirs at Fairforest Middle School. She is a 2020 graduate of Converse College with a Bachelor of Music in Music Education. As an active member of her collegiate National Association for Music Education (NAfME), she served in the roles of Vice-President and President of the Converse College chapter. In addition to her teaching career, Page is an active choir member at the Episcopal Church of the Holy Cross in Tryon, NC where she directs the children’s chorus and serves as Cantor. In her spare time, she teaches voice and piano lessons, enjoys playing guitar and ukulele, and spending time with family and friends. 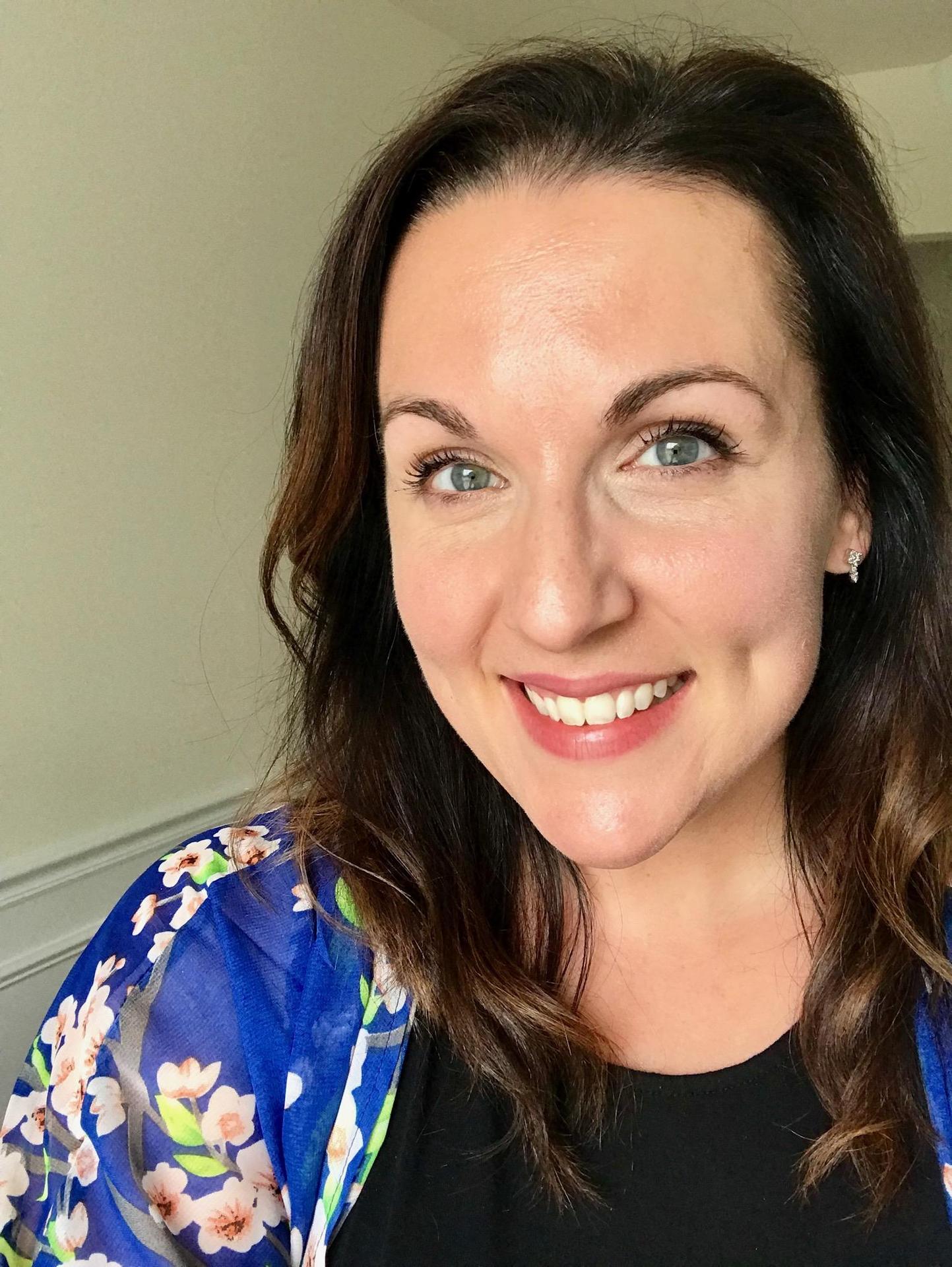 Mrs. Hoffee is currently the Director of Choral Activities at Gable Middle School in Roebuck, South Carolina.  Mrs. Hoffee is a 2003 graduate of Anderson University in Anderson, South Carolina with a dual degree in Choral and Instrumental Music Education.  She has also completed graduate courses at Westminster Choir College in Princeton, New Jersey in Voice Pedagogy and Performance.  Mrs. Hoffee is a member of the South Carolina Music Educations Association, the National Association for Music Education and the American Choral Directors Association. Additionally she also holds certification for the Gifted and Talented.  She is in her fifteenth year of teaching middle school choral music.  As a music educator, Elizabeth received the “Outstanding Young Music Educator Award” in 2008 from the South Carolina Choral Director’s Association for her work and dedication to choral education. She enjoys working with choirs in our great state as a clinician and coaching singers in private teaching sessions

During her teaching career, her students have maintained superior ratings at SCMEA Solo and Ensemble Music Festival and State Choral Festival.  Her students have placed fifth or higher overall for eleven consecutive years at the South Carolina State Choral Festival and has also received a Superiors with Distinction. Many of her students participate in the South Carolina American Choral Director’s Association Honor Choirs each year.  Elizabeth’s students have traveled to Washington, Virginia, Tennessee and Florida where they’ve placed first in national choral competitions with superior ratings. The Gable Middle School Honors Chorus performed at New York’s Carnegie Hall in April 2019 as part of the Harmonic Convergence Concert. This event, produced by Choirs of America (COA) and led by conductor Dr. Z. Randall Stroope, was the culminating performance of the 2019 COA Nationals for Top Choirs Festival. The concert featured choral programs from across the country performing a mix of massed choir and individual choir repertoire. Gable was the only middle chosen for this great honor!

Mrs. Hoffee is the mother of four precious children who keep her on her toes, Lily, Aiden, Grace and Hudson.  In her “spare” time, she enjoys singing, studying opera and performing.  She is very active at Anderson Mill Road Baptist Church in Spartanburg, SC where she resides.